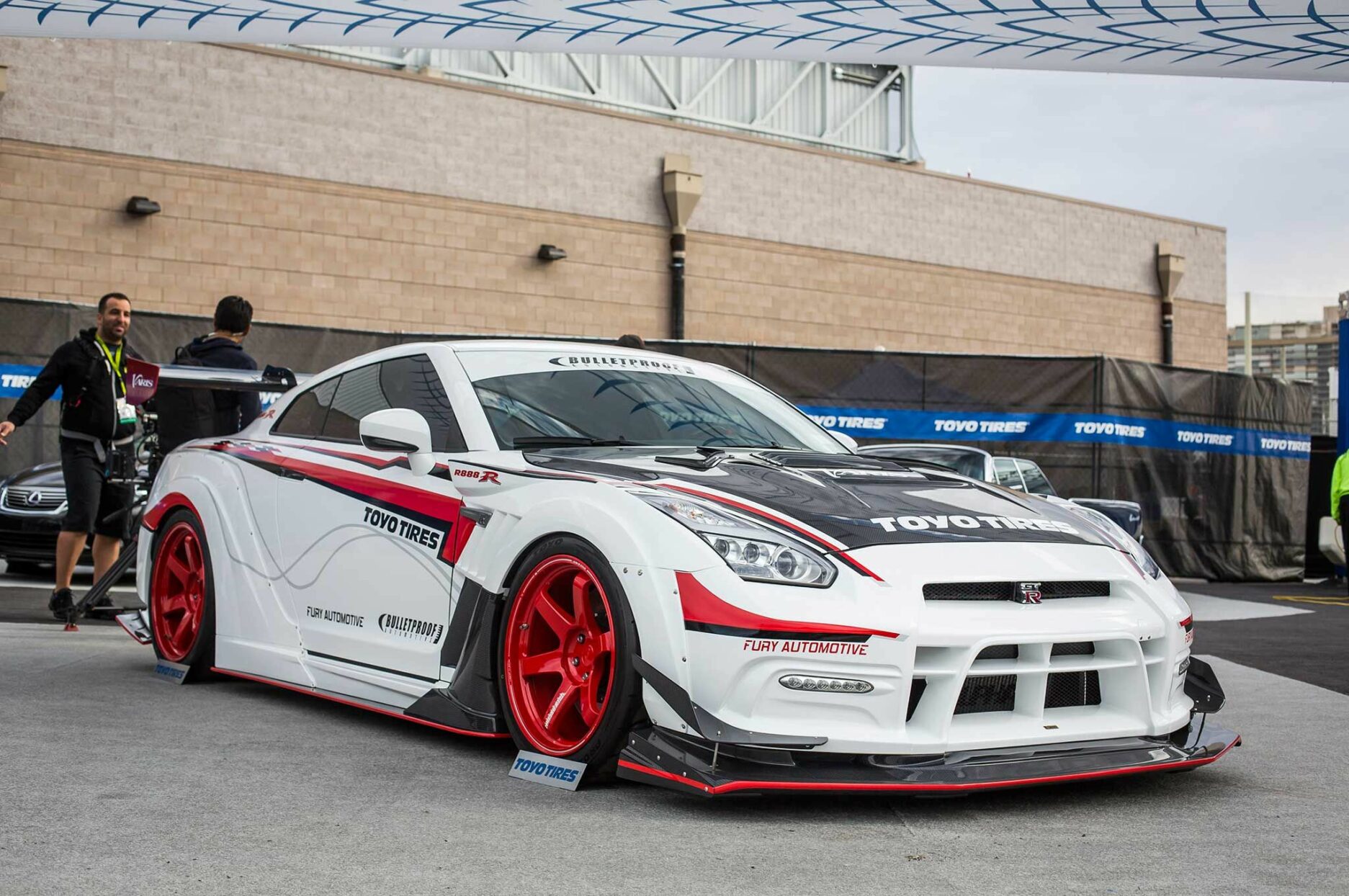 Earlier this year, our wholesale customer and friend Fury Automotive from New York came to us looking to build a World-Class GT-R for SEMA 2016. Having experience creating quite a few popular SEMA cars in the past, the guys at Fury knew that we could help them achieve their goal. Almost immediately following the release at Tokyo Auto Salon 2016, the guys at Fury fell for the Kamikaze-R Version 2 “Super Sonic” aero kit from Varis.

As the North American importer and distributor of Varis parts, we worked with them to source the first production Kamikaze-R 2 Super Sonic kit for Fury’s special build. The kit features front and rear wide fenders, wide side skirts, and vented front and rear bumpers. Fury also opted for Varis’ Version 2 vented carbon fiber hood, and their new swan-neck carbon fiber GT Wing which includes a special trunk mounting base / reinforcement plate to help support the high amount of downforce supplied by the large, 1800mm wing plane.

With the desire for a very unique, world-class SEMA build, Fury consulted with us for one of our popular custom interiors. Real carbon fiber and personalized Recaro Japan seats give it a premium look and feel.

Not wanting to have a GT-R that only looked the part, the guys at Fury added an impressive list of performance parts, from power to suspension, including JCR’s complete carbon fiber intake manifold, as well as our gold big throttle body kit, a collaboration with AT Power.