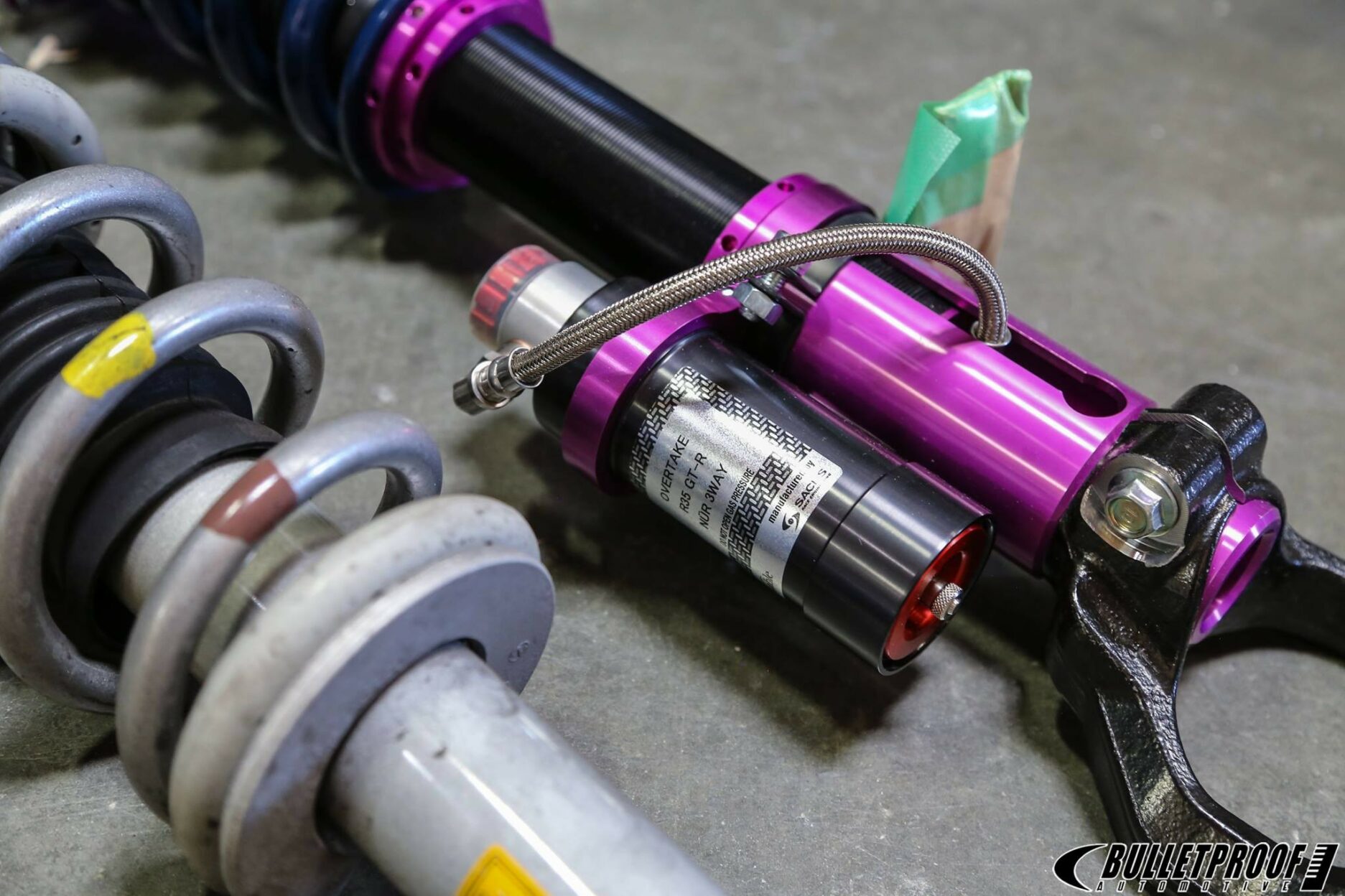 Our good friend and local customer, Peter recently brought in his Nismo GT-R for some small carbon fiber upgrades – an Overtake Dry Carbon Roof, Overtake Carbon Fender Vents and Emblems, and some Overtake Embems to cap it all off. Little did we know that these mods would kick start his shared love for Overtake’s premium quality parts! After a suspension failure on his other GT-R, a Black Edition, he came to us for some suggestions, and we collaborated with him on a plan to not only upgrade his B.E., but also further improve the handling of his Nismo. Since Peter is a professional race driver, instructor and overall track junkie, the Overtake x Sachs Super GT race-car derived suspension was the perfect option to take his Nismo to the next level.

The Overtake suspension is produced by Sachs in Germany (an OEM and highly respected race team supplier), and is directly related to [derived from] their offering for the Super GT Nismo race vehicles. Overtake offers their coilovers in several configurations, including 2-way and 3-way, and as an experienced race driver, Peter opted for the 3-way specification. (For reference, our SPL demo car also features the 3-way version, and our other client’s car – with the complete Overtake carbon fiber exterior, and custom interior – features the 2-way version.)

The Overtake pieces are a direct replacement for the OEM (obviously, as proper motorsports-grade dampers with multiple adjustments, the Nissan electronics are not retained). The dampers are produced in full aluminum, which we decided to put to the test against the OEM steel shock bodies when it came to weight:

Some under car, installed shots: 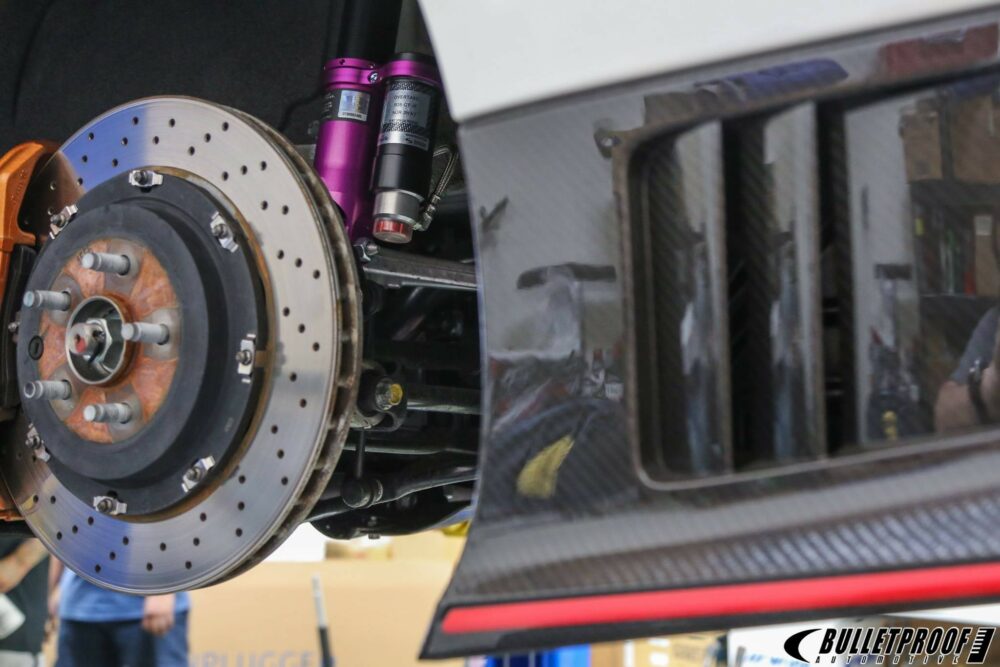 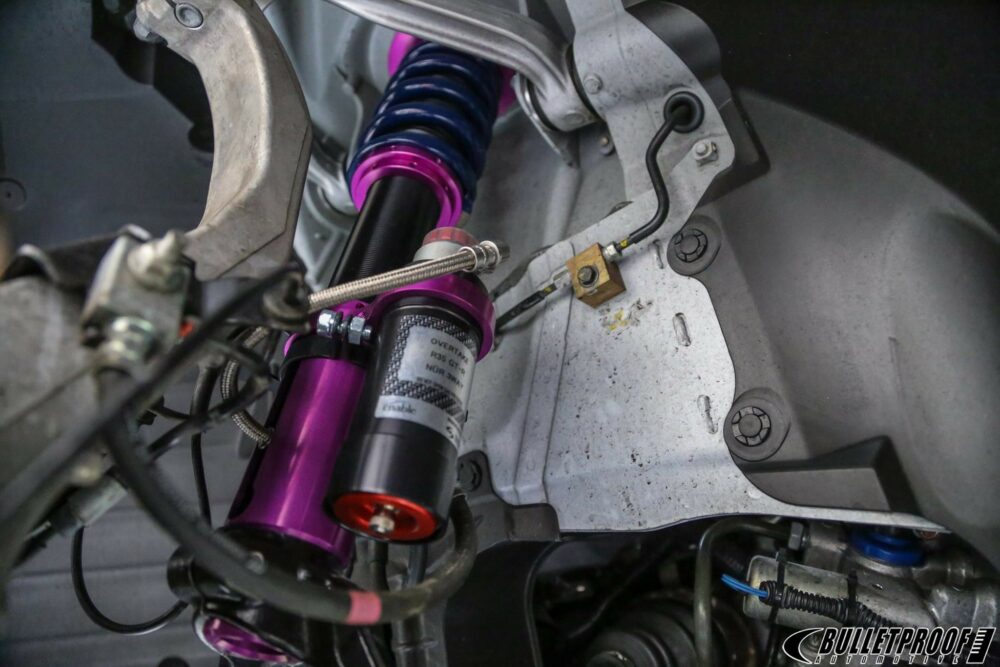 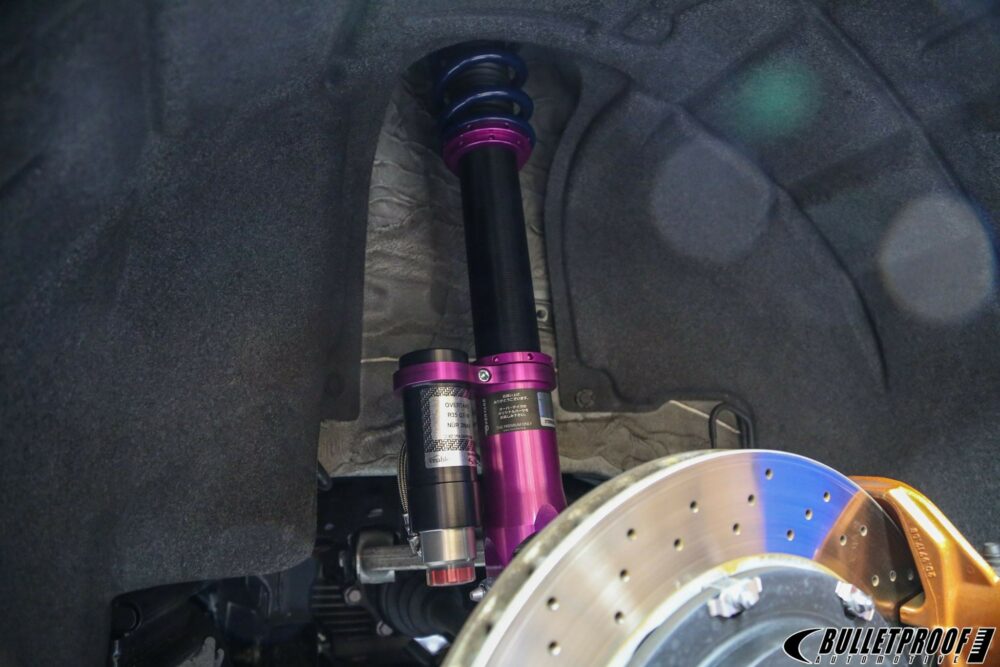 As he’s a professional racing driver, Peter takes his Nismo to the track frequently; here’s a couple quick shots of the first suspension shakedown at Buttonwillow:

At HKS USA’s First Annual Speed Ring Event this past weekend, Peter won the Limited AWD Class Title with a time of 1’48”! He advised that his Overtake 3-Way suspension, paired with his new Michelin Pilot Sport Cup 2 tires were the major contributing factors to his win. He felt the car definitely had the capability to go faster, but was limited by the factory cooling systems’ capabilities.