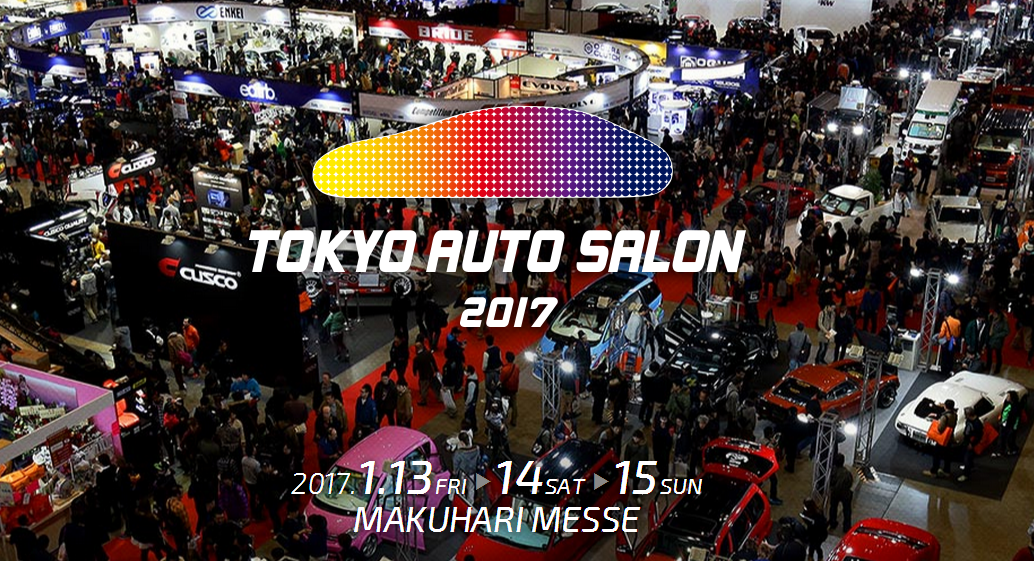 It’s that time of year again; one of the greatest aftermarket automotive events in the industry – Tokyo Auto Salon! Every year during the second week of January, vendors fill the halls of Makuhari Messe International Exhibition Hall with some of the latest and greatest aftermarket parts for the upcoming year.

Tokyo Auto Salon not only allows vendors to showcase and debut their new aftermarket parts for 2017, it also brings about some of the most incredible, iconic, and interesting car builds you’ve ever seen.

We’ve been fortunate to visit Japan at the beginning of each year to attend this massive event. Like kids in a candy store, we trek through the miles of floor space to see what awesome new parts are coming out for 2017 and trust me when I say, there are some AWESOME new parts that will released this year for just about every performance car owner on the market.

Some of the most iconic, well-known shops set up booth space filled with aftermarket performance, electronic, and aero parts that they’ve been itching to release to the public. Brands such as Varis, Top Secret, Kansai Service, RAYS, Yokohama, JUN and many more spend days doing meet and greets with clients, partners, and exhibitors during Auto Salon week.

Below we’re going to document some of our favorite GT-R projects and demo cars from TAS 2017, including all the latest and greatest parts released!

For TAS 2017, Varis’ booth featured three R35 GT-Rs which showcased a selection of new parts, including the world-famous Kamikaze-R Super Sonic, a new lip kit for the face lifted 2017 GT-R, as well as their newest collaboration with famed JDM Tuning Shop Original Ruduce!

The biggest release from Varis came with their full lineup of aero parts for the brand new face lifted GT-R. As many know, Nissan made some dramatic changes to the interior and exterior of the R35 chassis for 2017, and as a result many of the existing parts on the market were rendered incompatible. Although the GT-R’s new, more angular look adds a more modern look to the R35 platform, Varis always seems to know how to accent a stock vehicle to bring out its full potential. For the 2017+ GT-R, Varis created their new carbon fiber lip kit and a 2017-specific version of their popular cooling bonnet (hood) under their Magnum Opus line, as well as a unique rear wing which actually works with all years of the R35 GT-R. 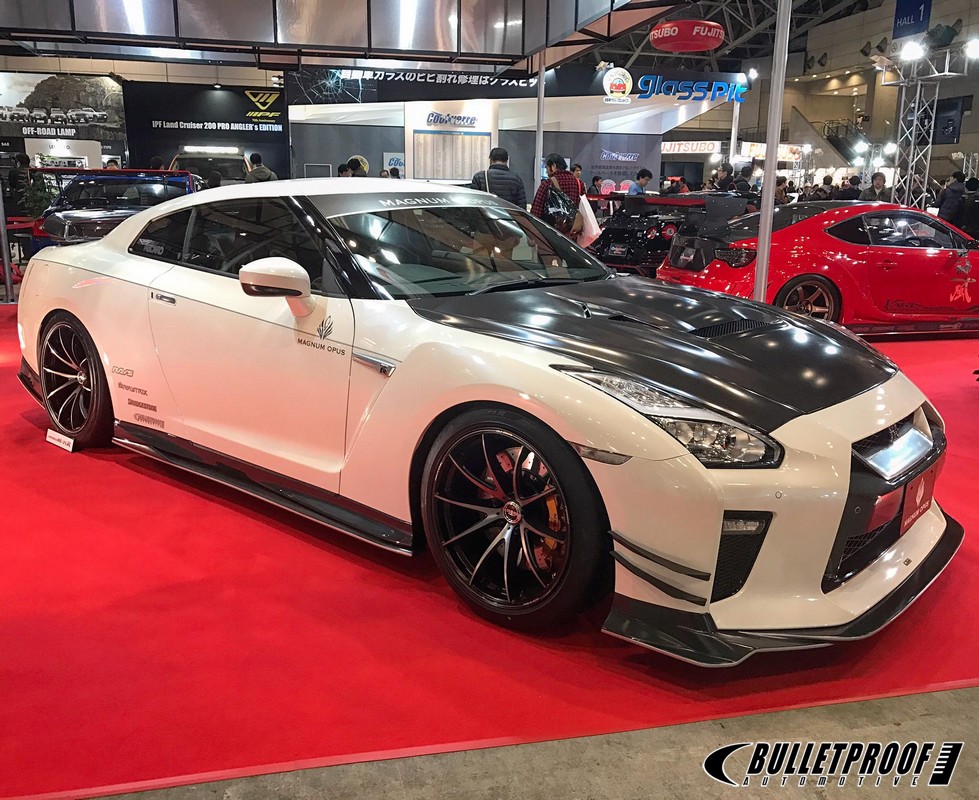 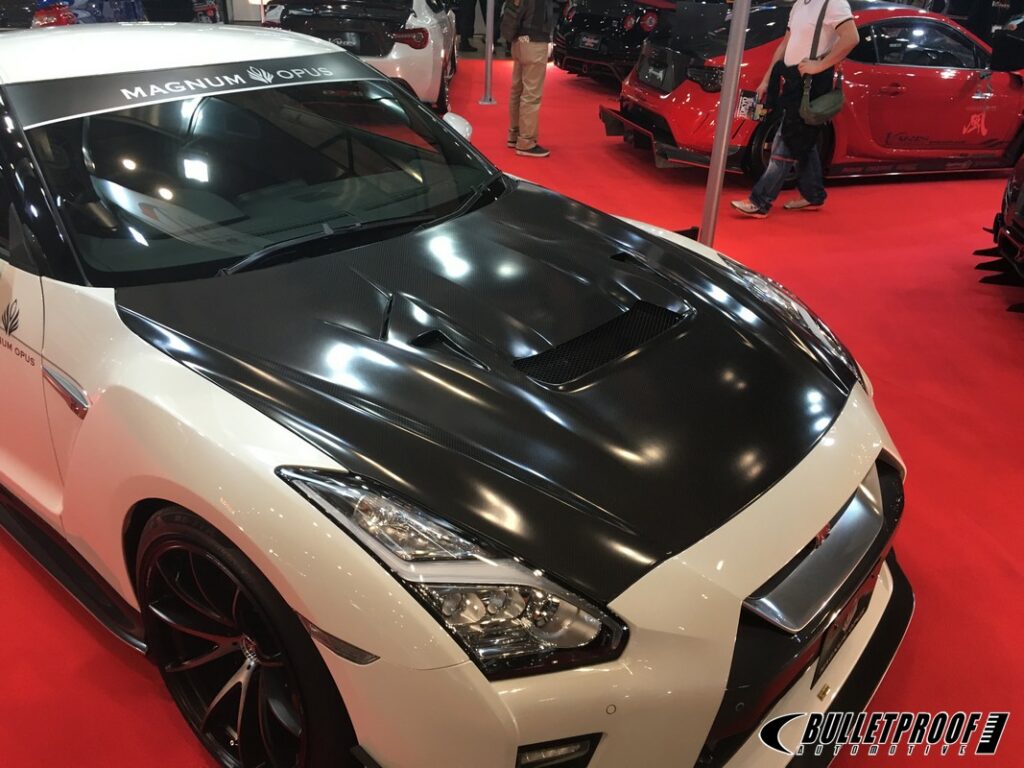 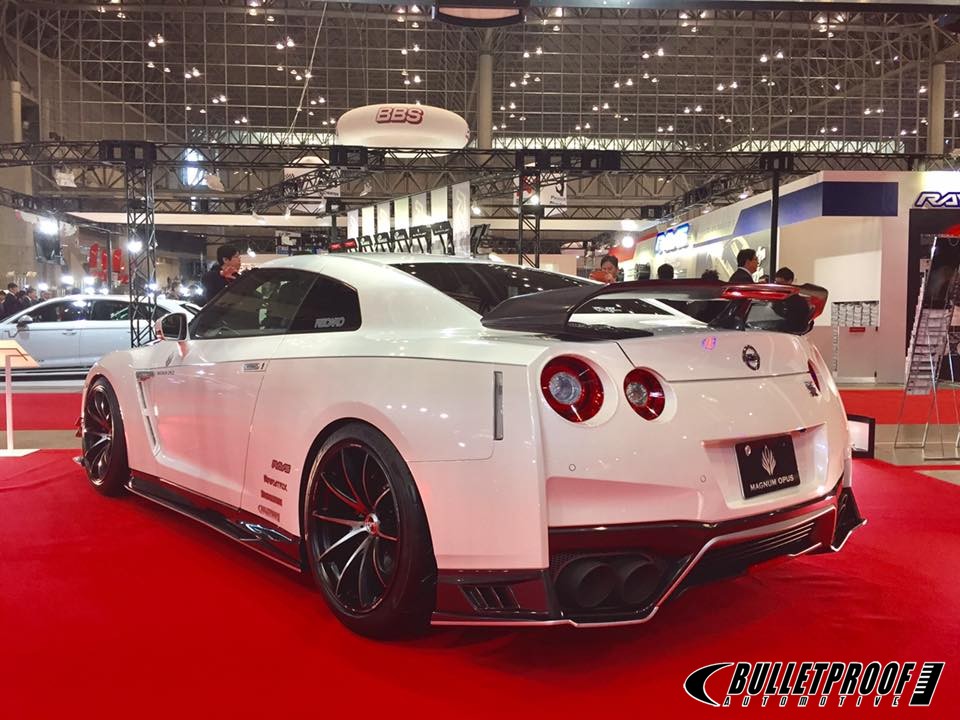 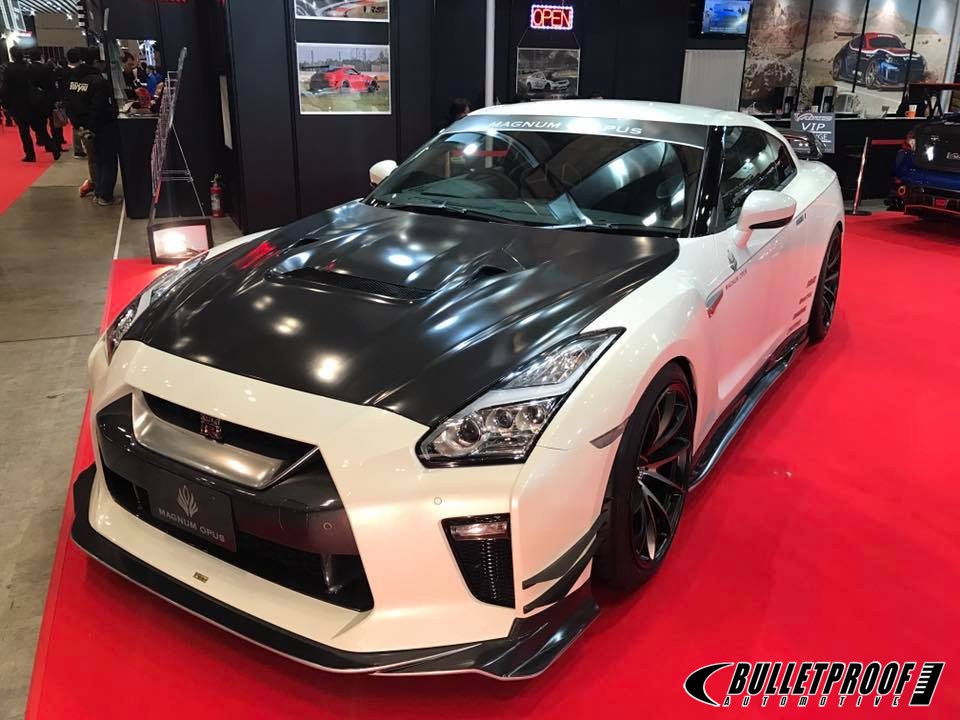 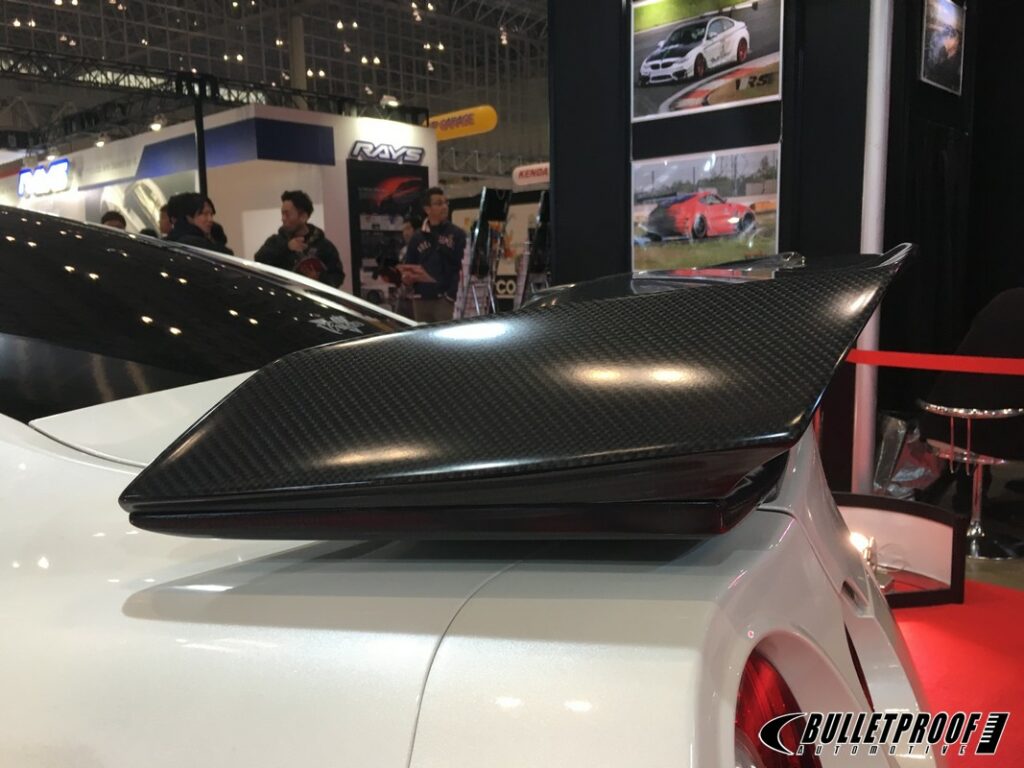 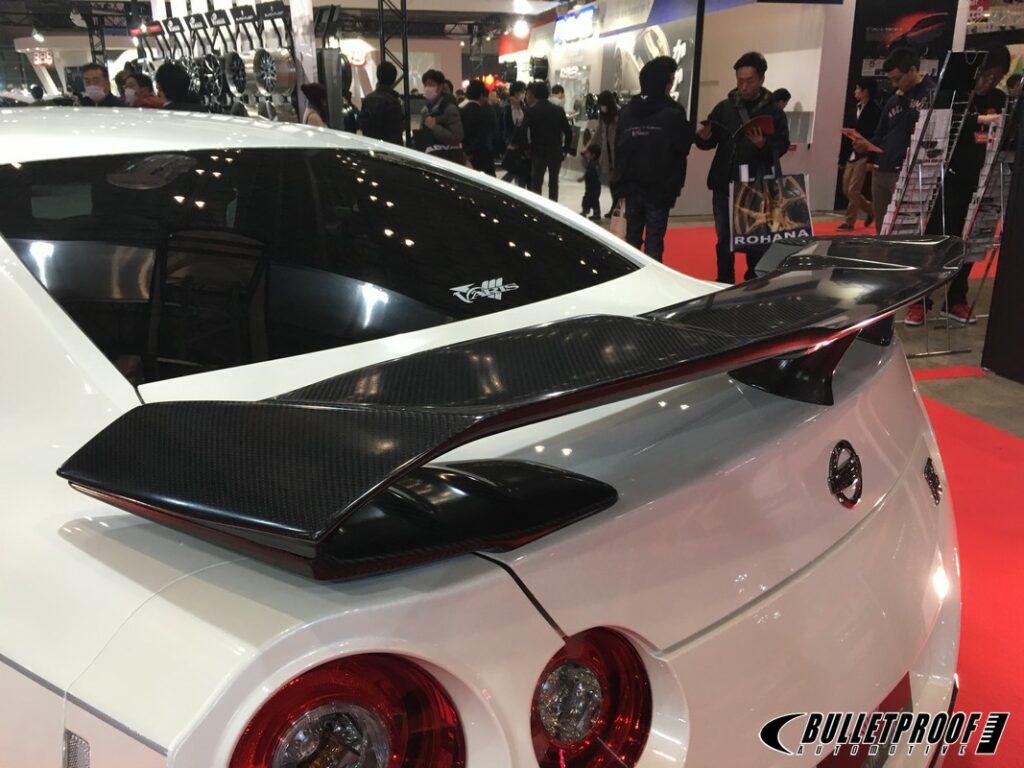 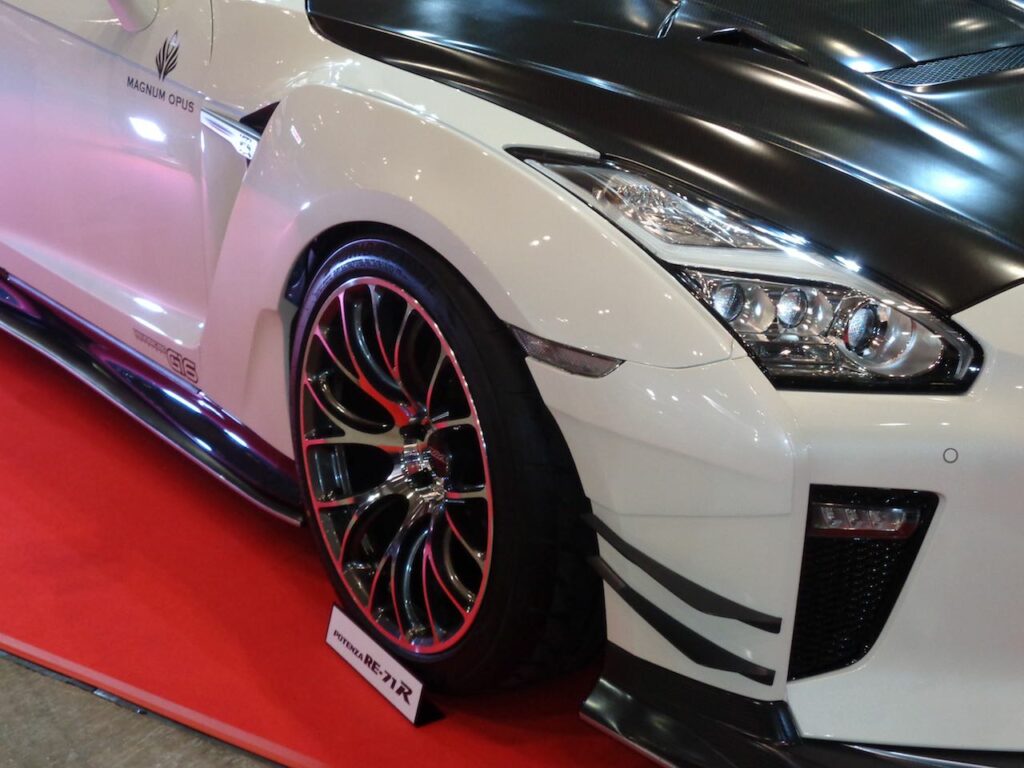 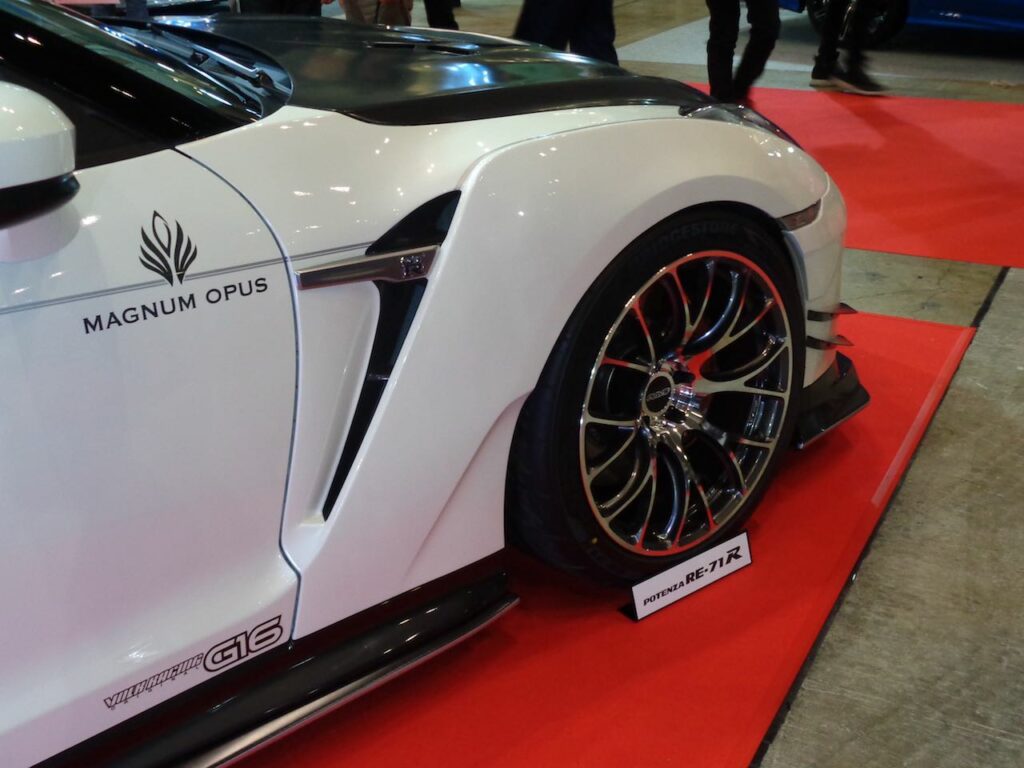 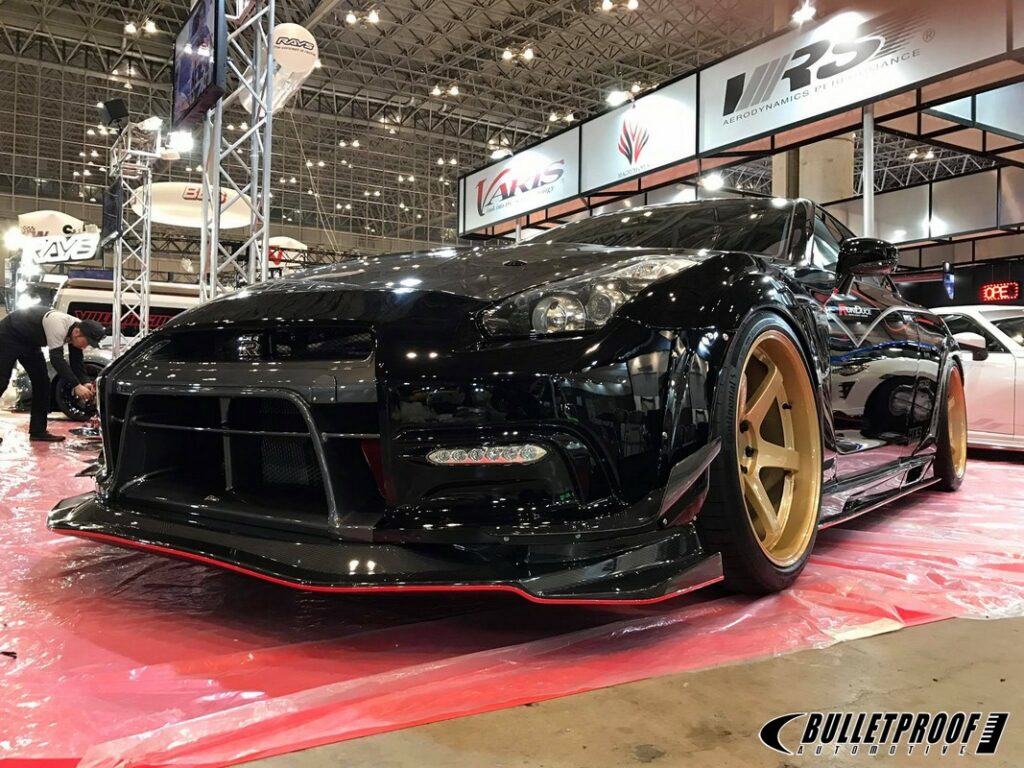 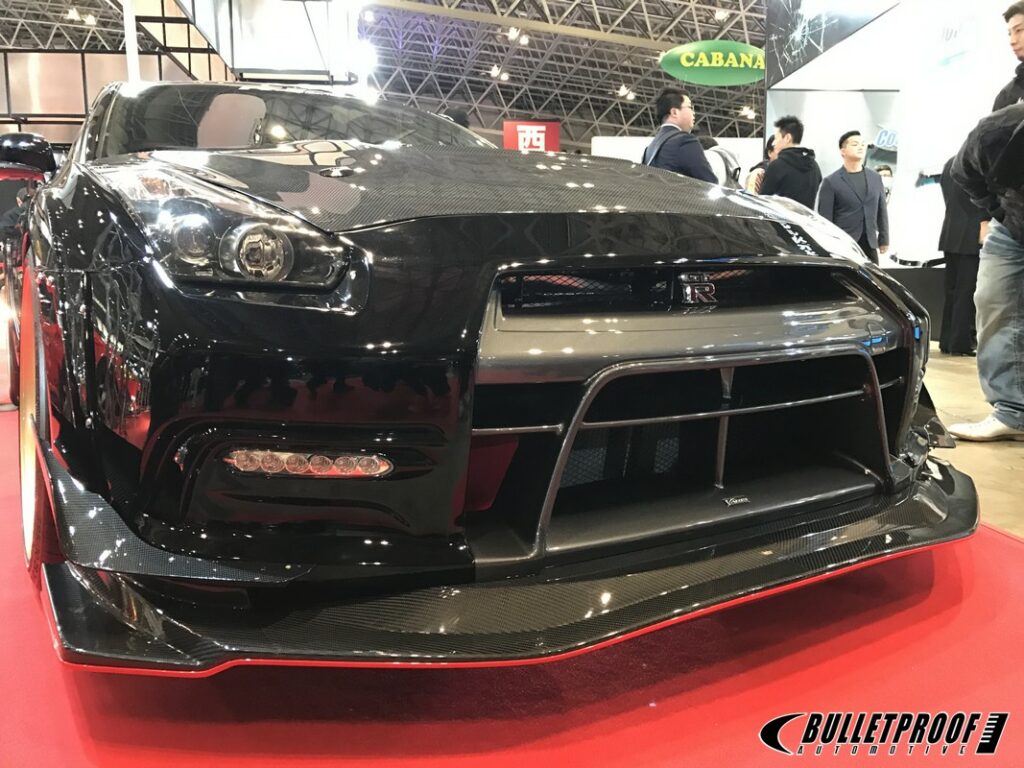 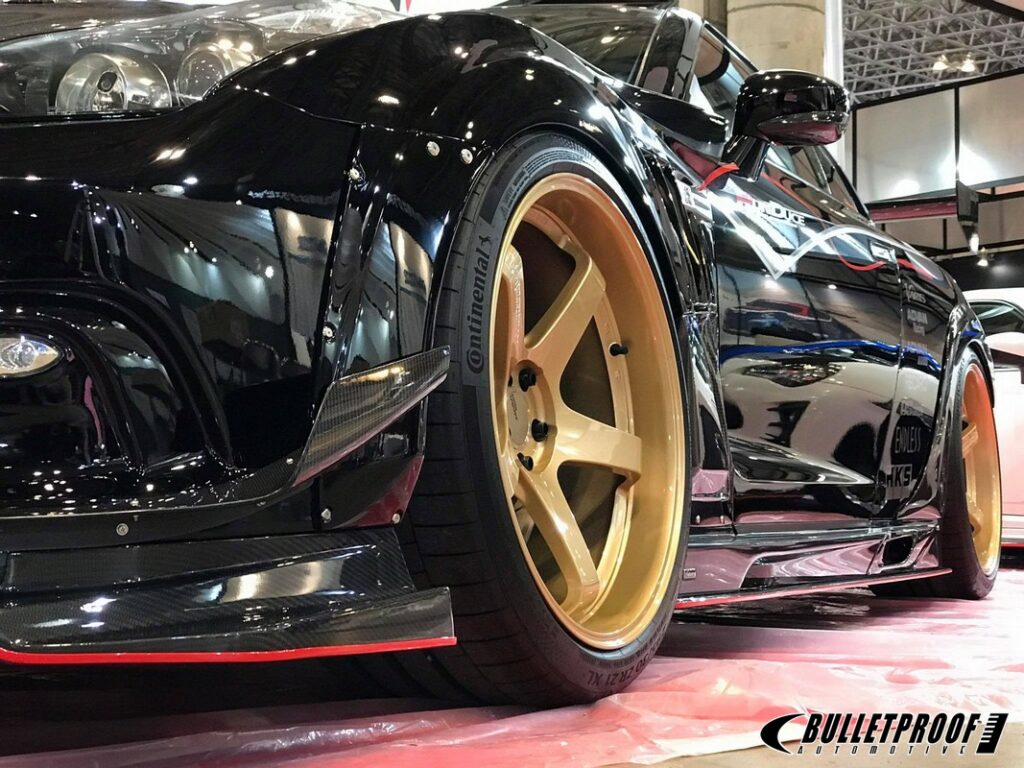 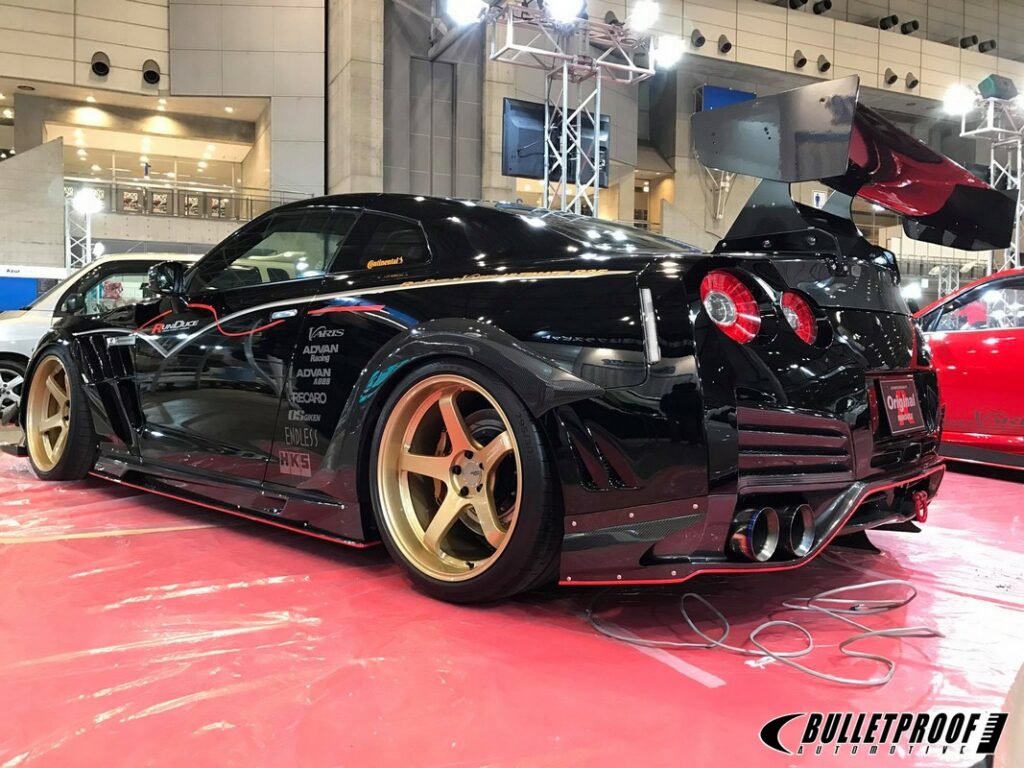 TAS 2017 saw Kansai Service’s reveal of their new, white 2017 GT-R demo car. Like several of the other major Japanese tuners, Kansai jumped on the opportunity to develop parts for Nissan’s major revision to the R35 platform for 2017. Kansai opted to address two of the most commonly modded sections of the GT-R with their carbon fiber front grille and front diffuser. Both pieces serve as direct replacements for their plastic OEM counterparts and add subtle styling to the sharp lines of the 2017. They also created a special, longer version of their popular tow hook to accommodate the OEM 2017 GT-R’s facelifted front bumper cover. Kansai Service also sourced one of Varis’ vented cooling hood exclusive for the 2017 and paint-matched it to their white demo car. 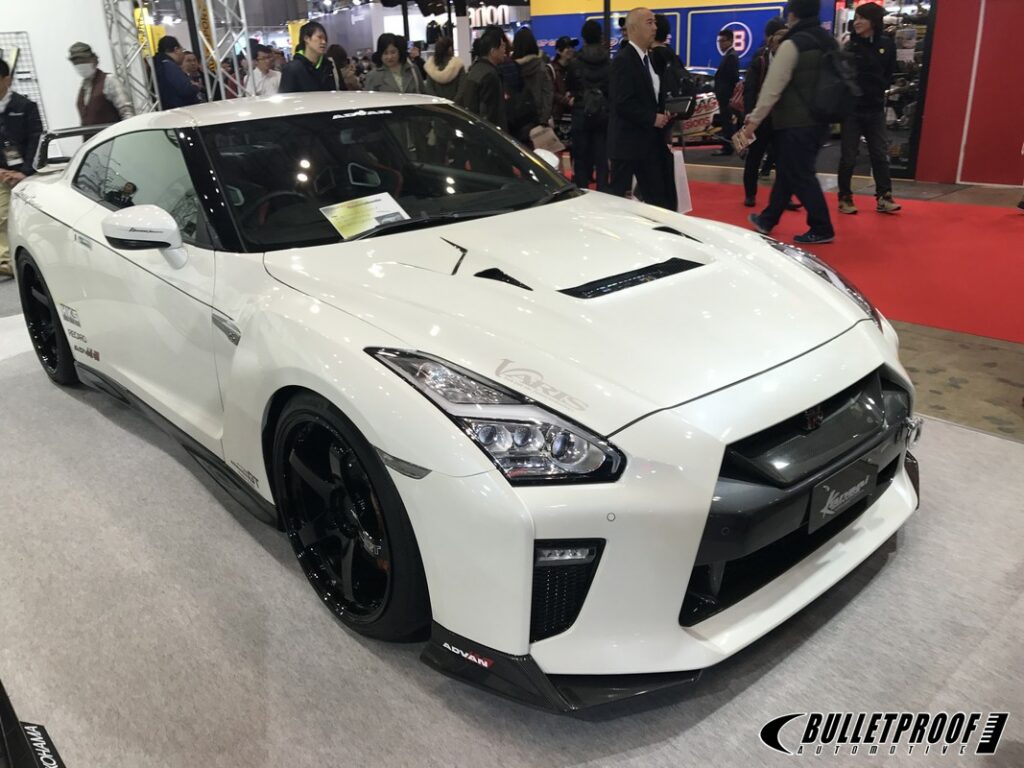 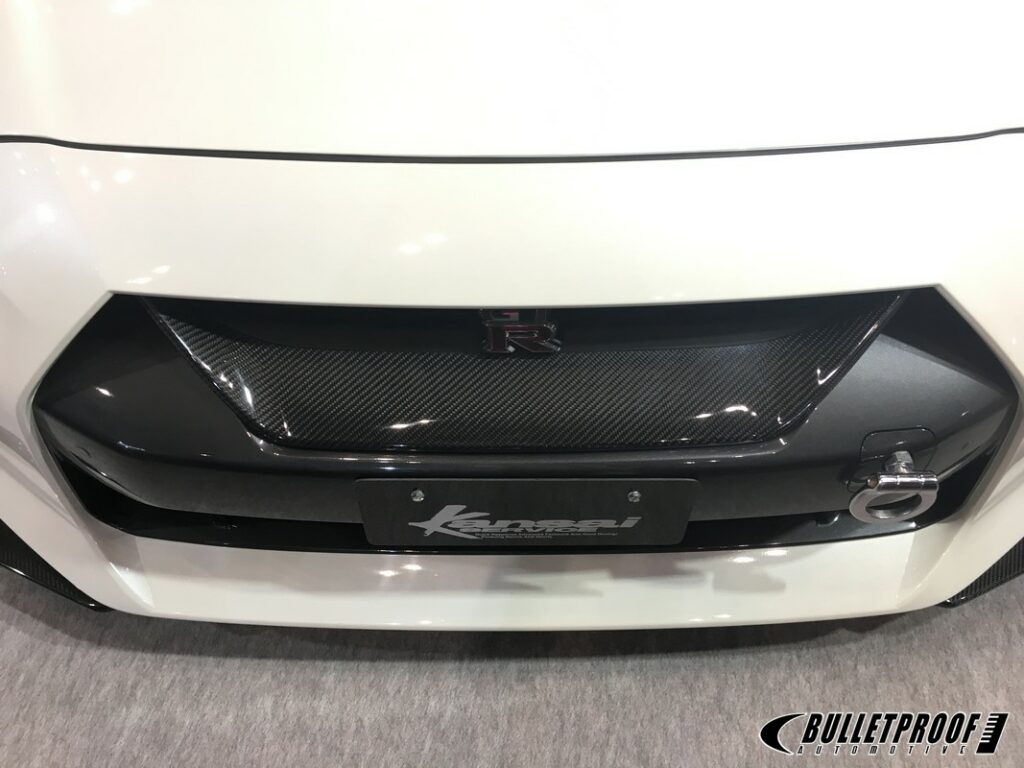 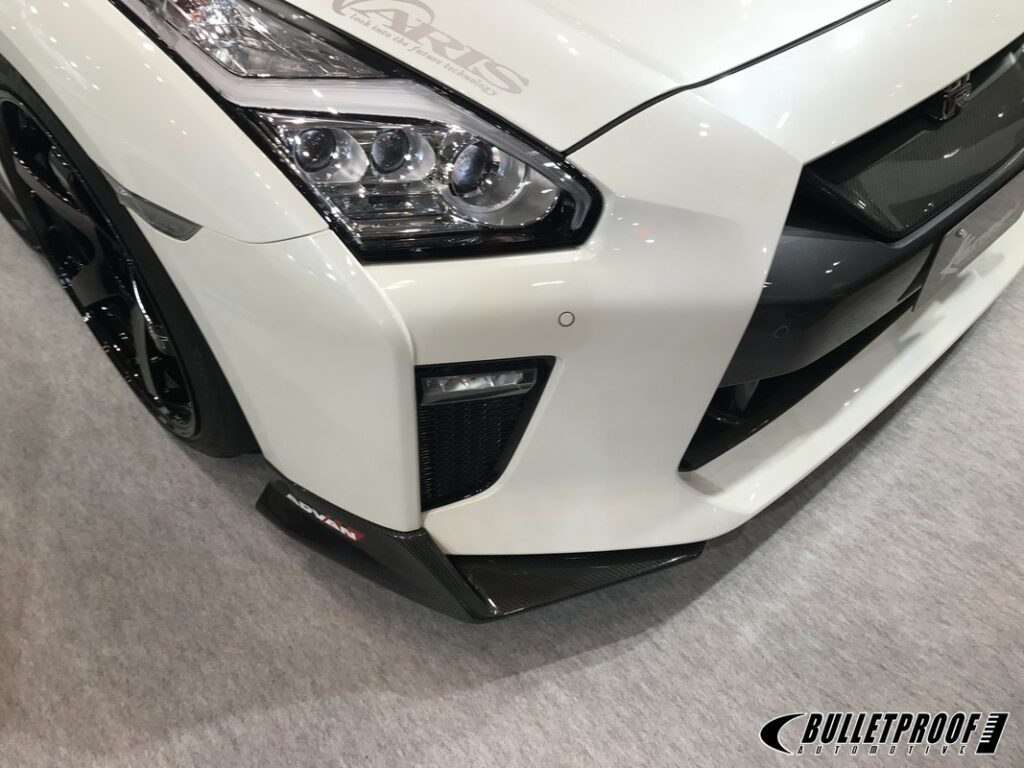 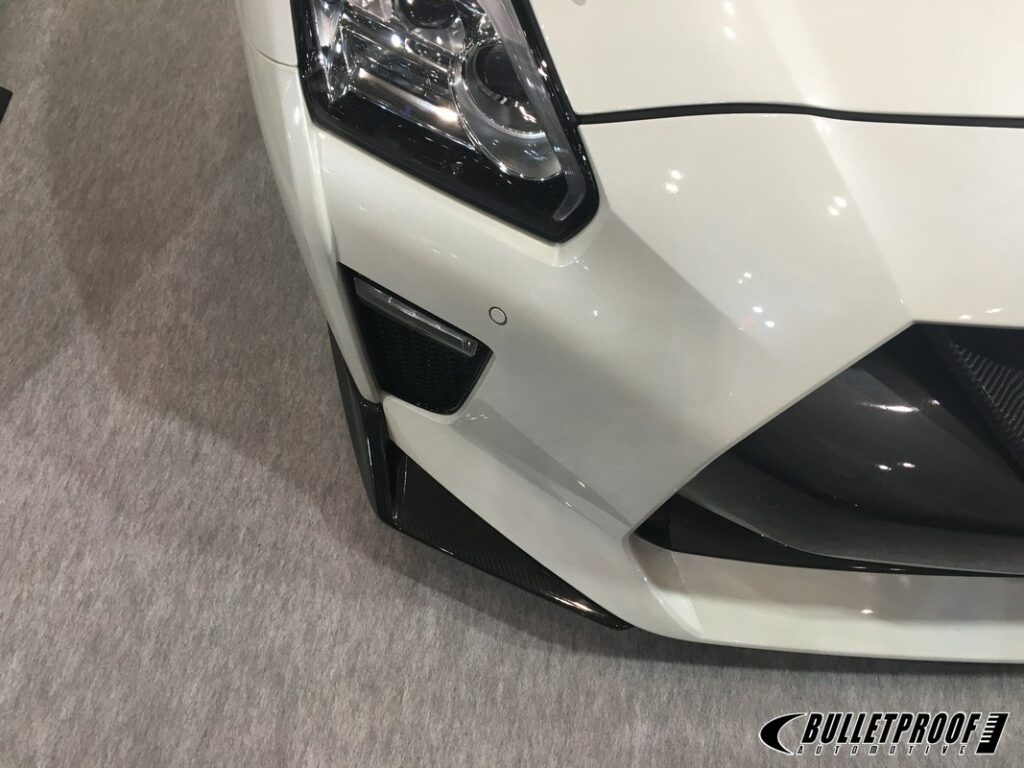 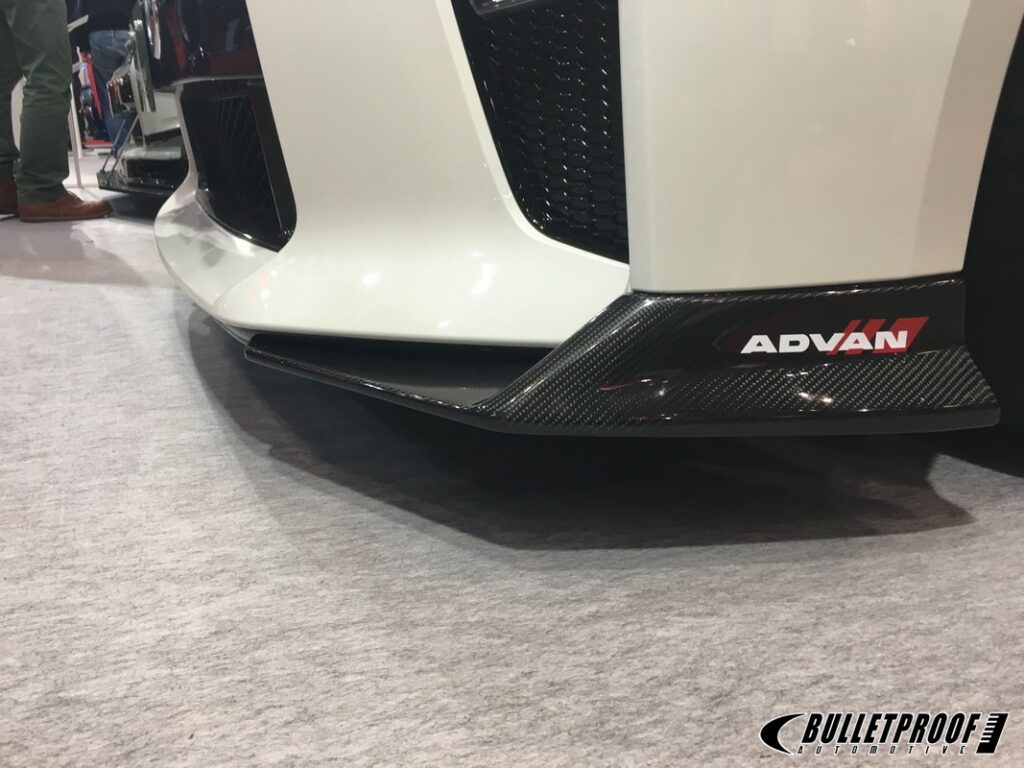 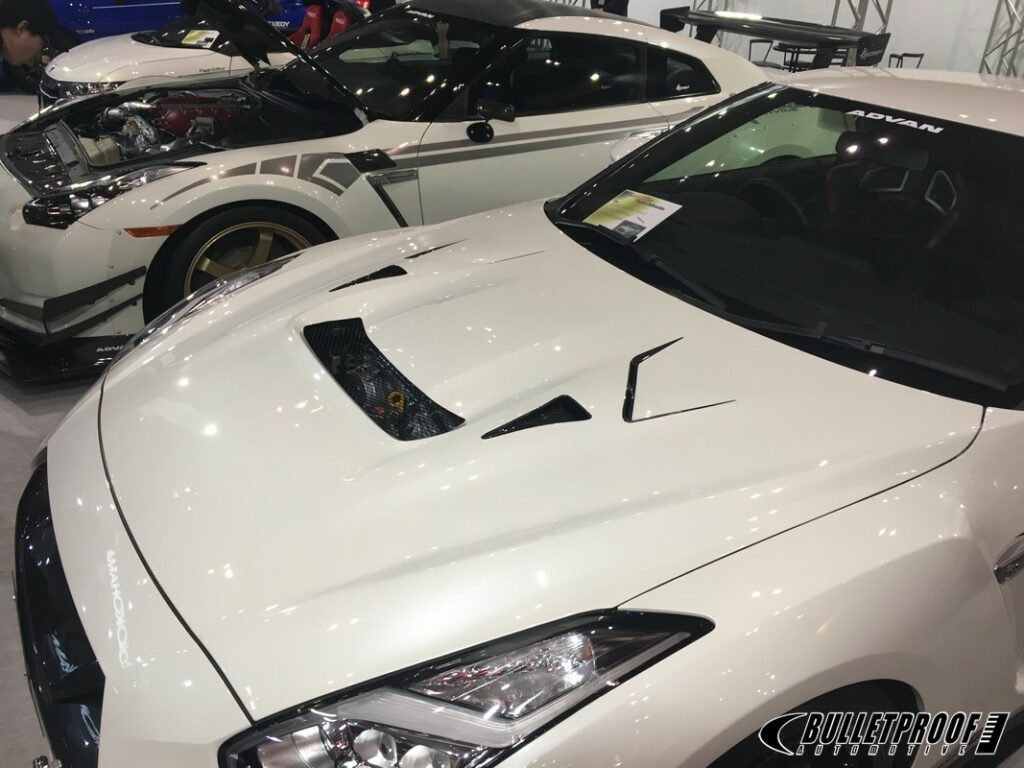 Kansai Region-based tuner Phoenix Power is famous for their high horsepower circuit builds, including their world renowned blue R35 which ran the Nardo high speed challenge in 2013 along with Top Secret and Powerhouse Amuse. The debut of the 2017 GT-R was an opportunity that, like other GT-R tuners, Phoenix’s Power couldn’t pass up. At TAS, Phoenix’s Power brought out a modified 2017 GT-R, as well as two of their highly-modded, high-power white demo / customer cars. 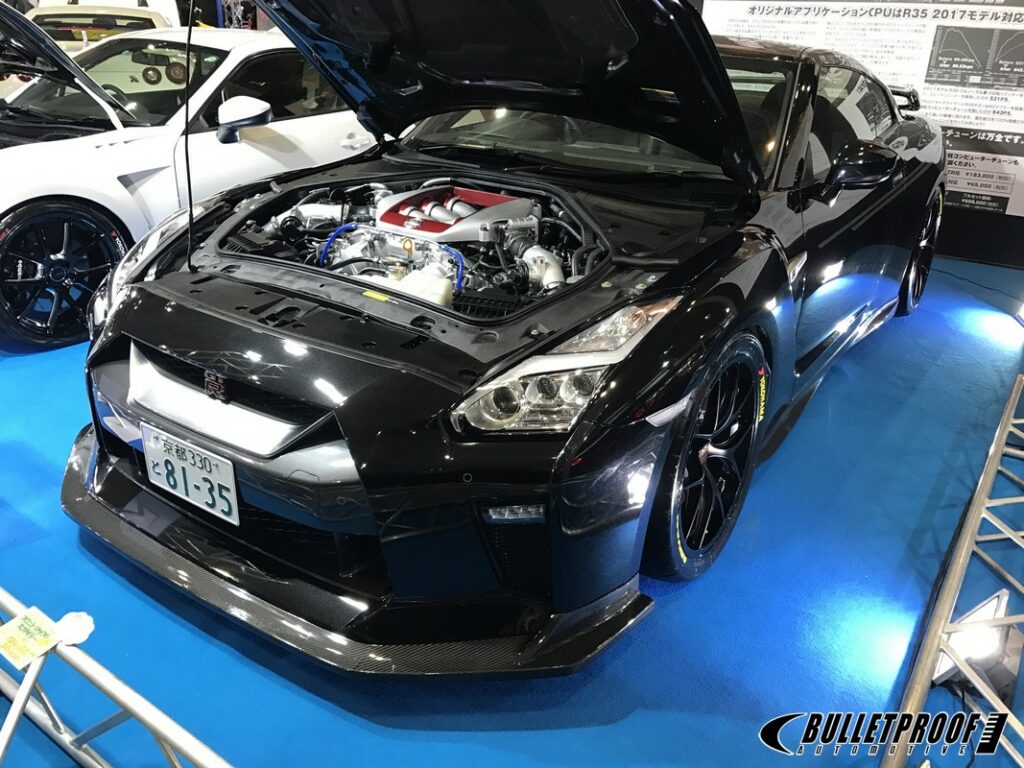 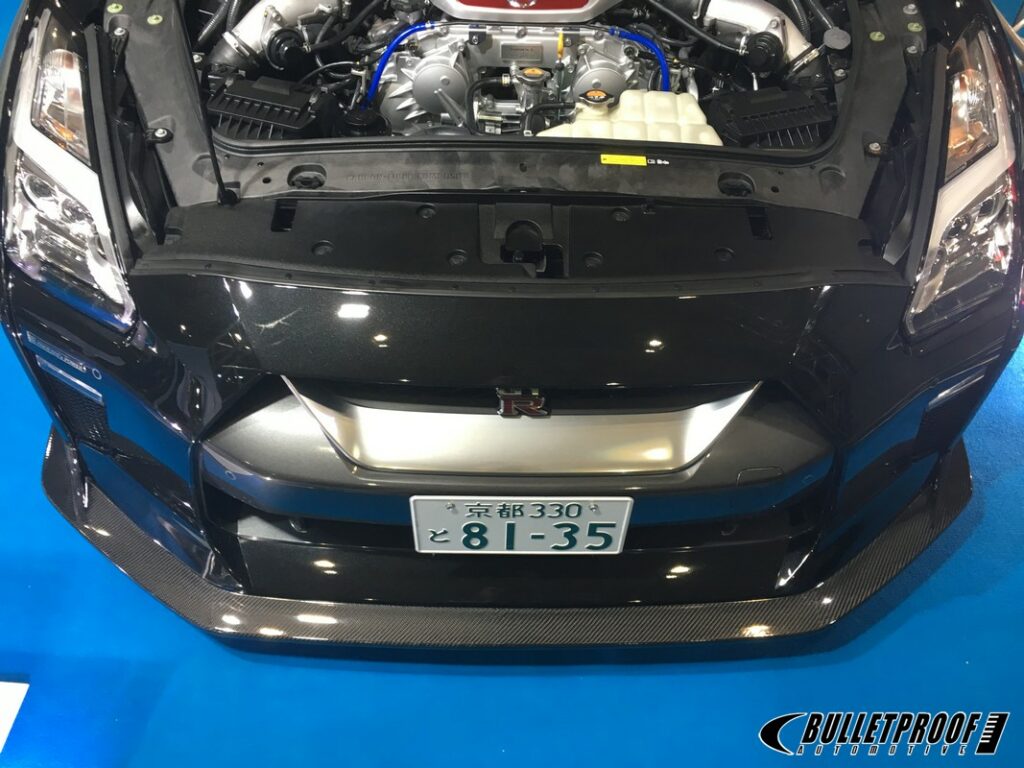 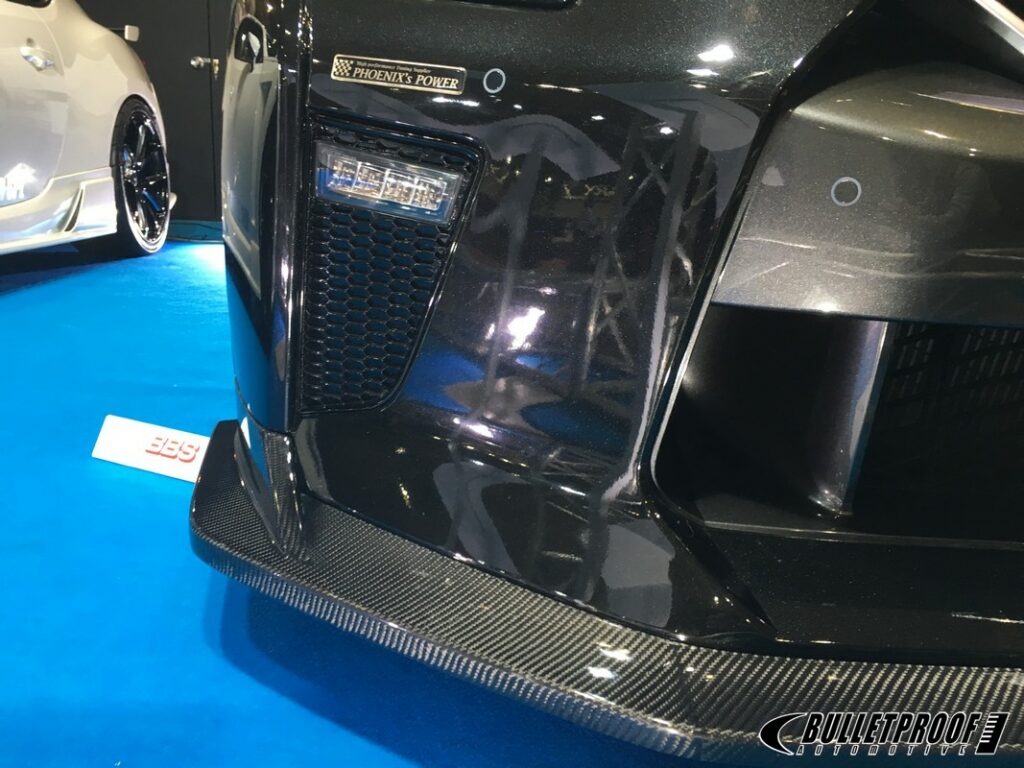 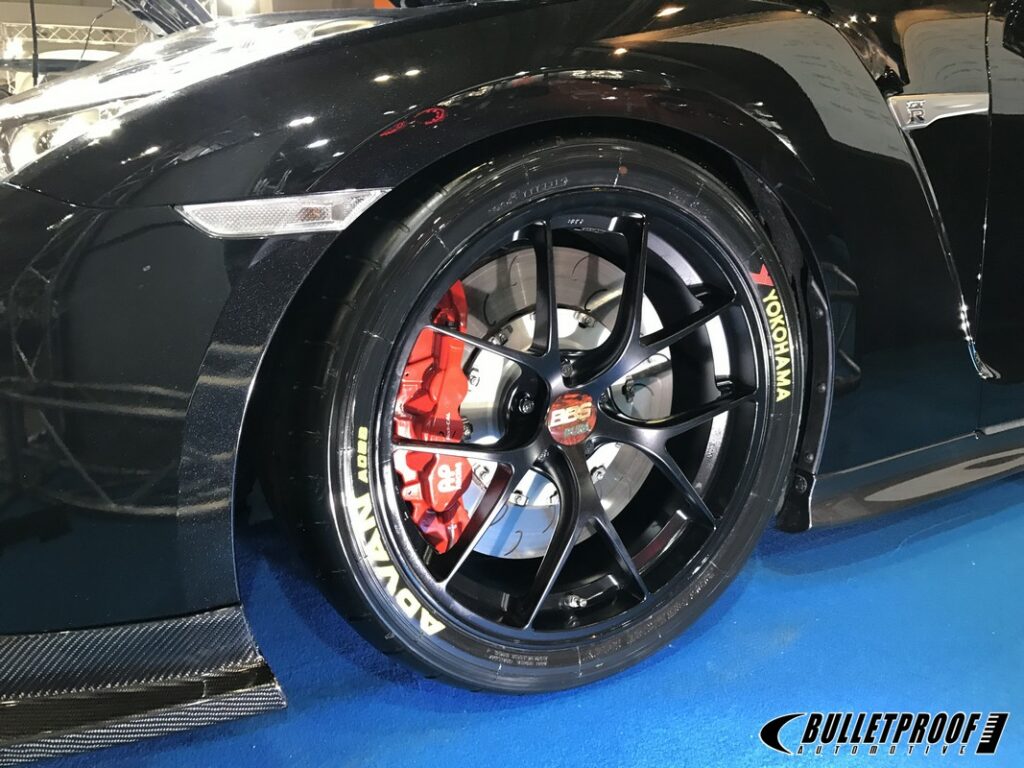 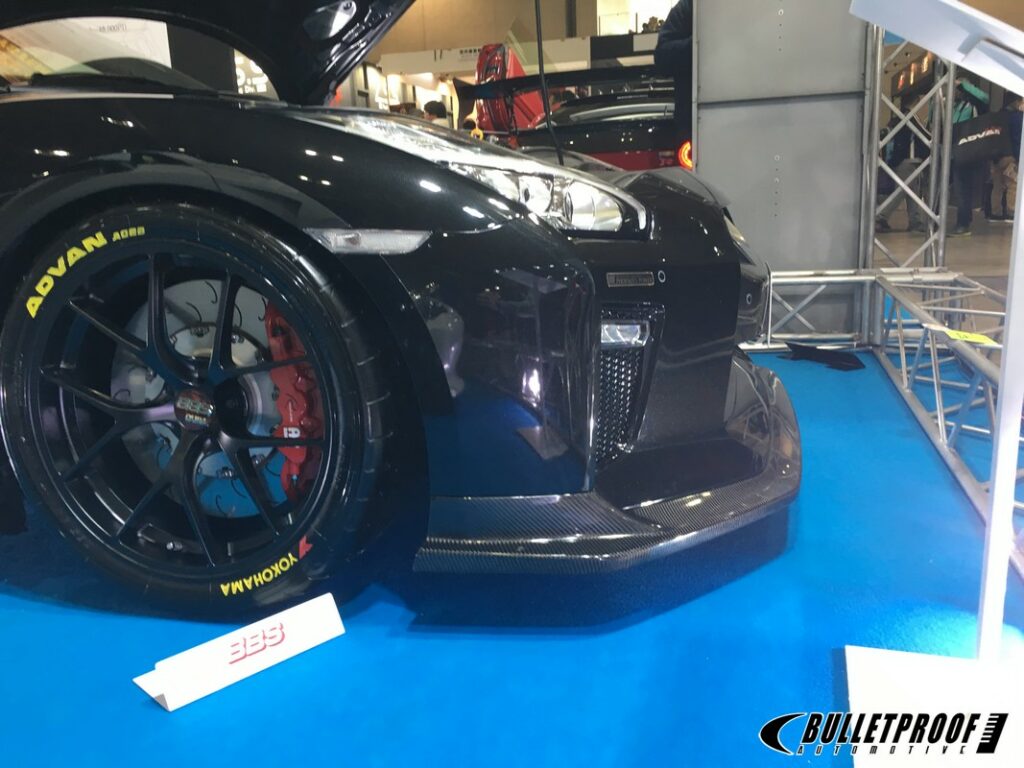 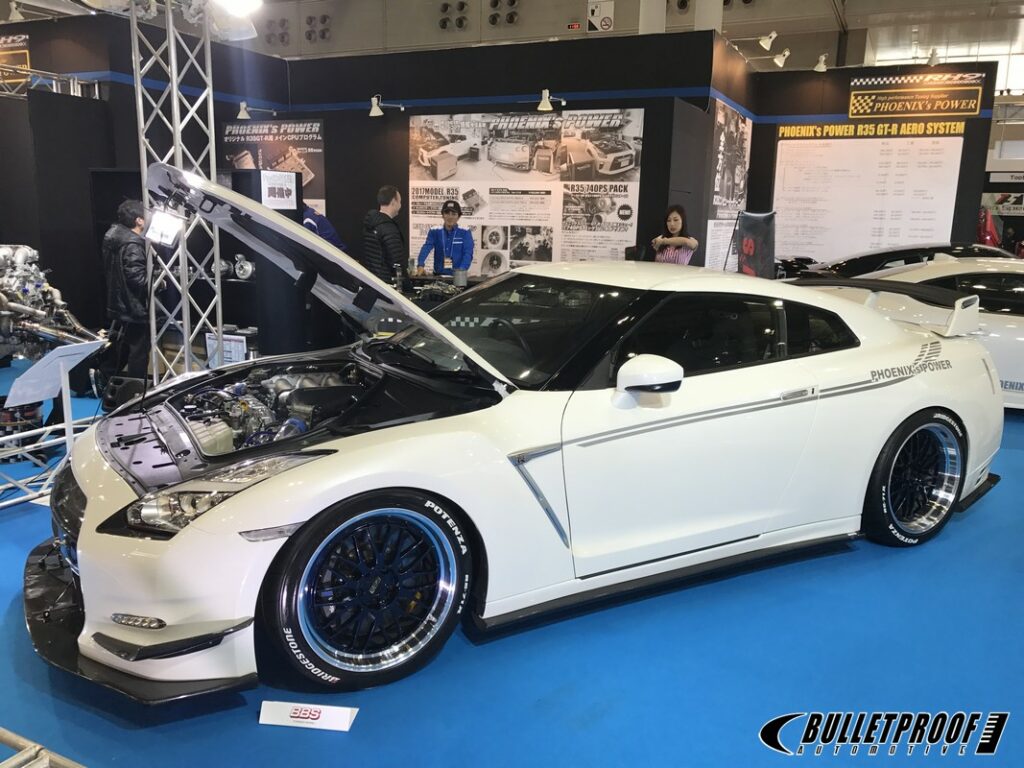 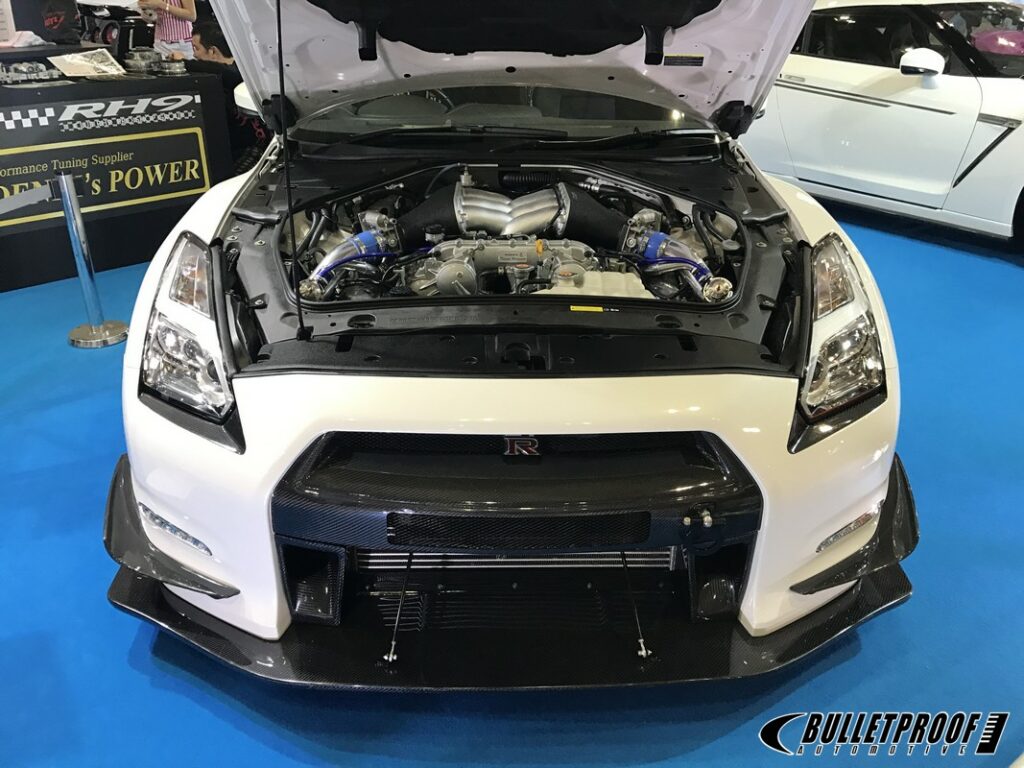 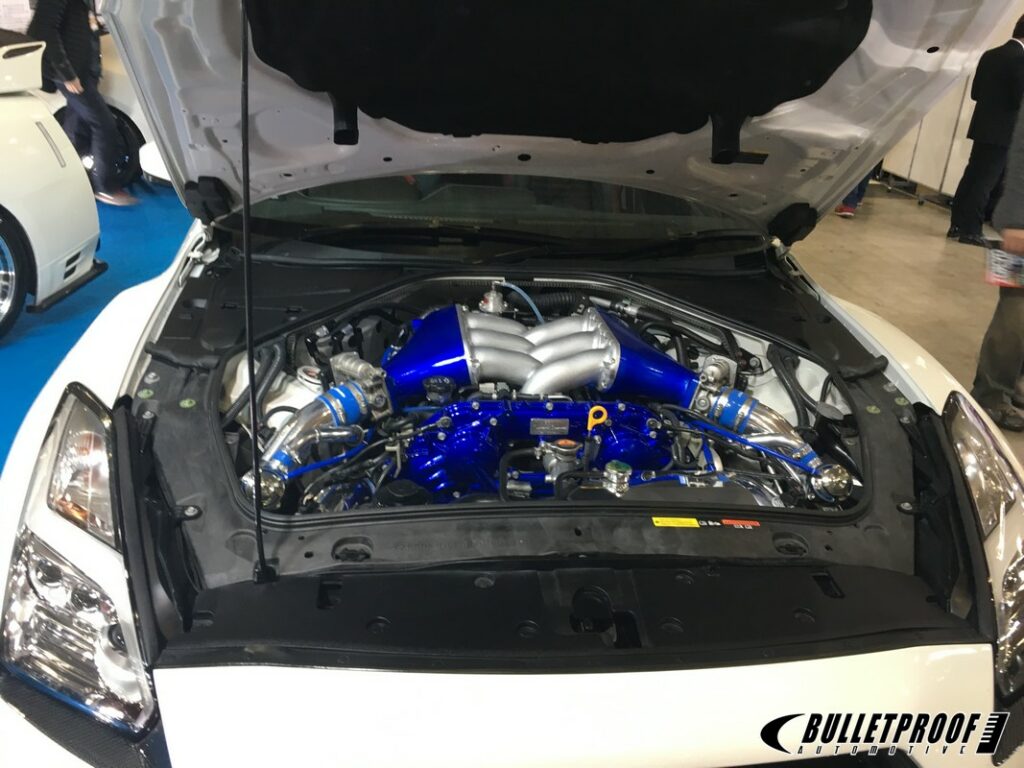 There was quite a bit more GT-R representation at TAS 2017, so stayed tuned for Part 2 of our recap!