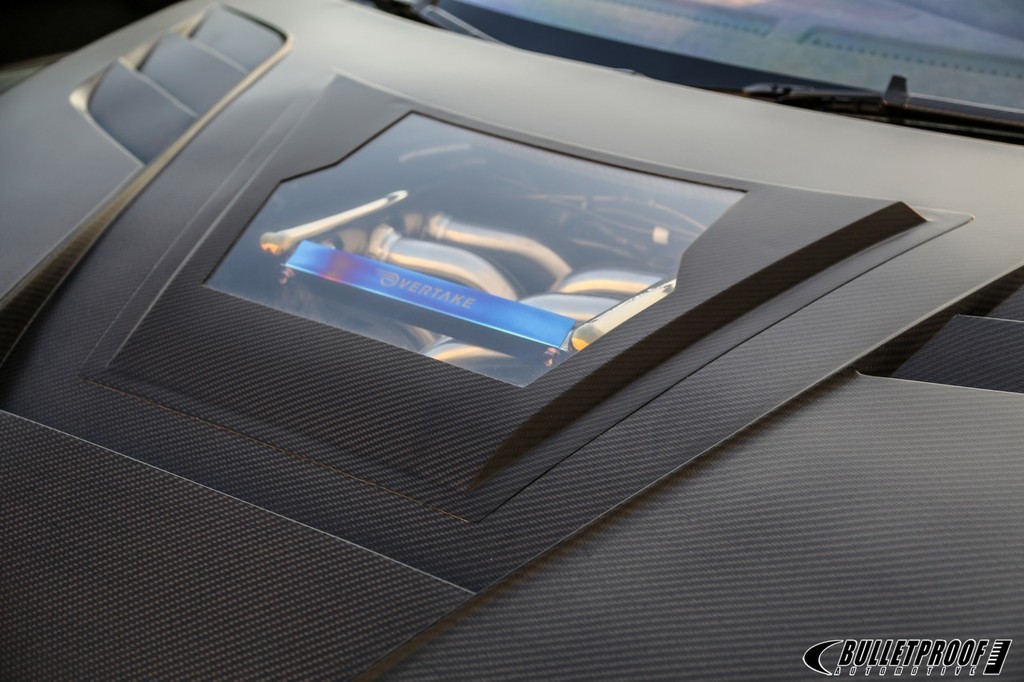 Not long ago we had a longtime friend/client from overseas approach us with a very special request for his GT-R. The client had ordered an Overtake dry carbon racing hood, which in and of itself is gorgeous as is; however he wanted something a bit more unique … something that would really take his build to the next level. He didn’t really know what but he knew he wanted something “special”. Knowing that we were well experienced in custom design and production of specialized parts, our client instilled his trust in us to come up with an amazing design idea and that’s just what we did.

After being tasked to create a special hood, our carbon composites and special projects engineers went to work. We spent countless hours analyzing, dissecting, and rebuilding a few designs for the hood until we finally came up with something that tied together an old concept with a more modern design and execution.

We had the idea of making a display window out of Lexan in the center of the hood. We could have just cut a hole in the center of the hood and laid a piece of Plexiglas in the center of it, but that wasn’t good enough for us so we decided to build upon that idea. Instead of having a flat surface with a hole filled with some see-through Plexiglas, our engineers created an entire functional cowl from scratch to house the piece of clear Lexan. The cowl was designed to also provide extra ventilation by having small air outlet ducts which sit behind the raised portion of cowl.

For testing and fitment purposes, we installed the hood on our full Overtake dry carbon shop GT-R. You can see the gorgeous Amuse x Overtake SAIKOU Titanium Surge Tank sitting right in the middle of the see-through Lexan.

All in all, we’re happy with the way it turned out…