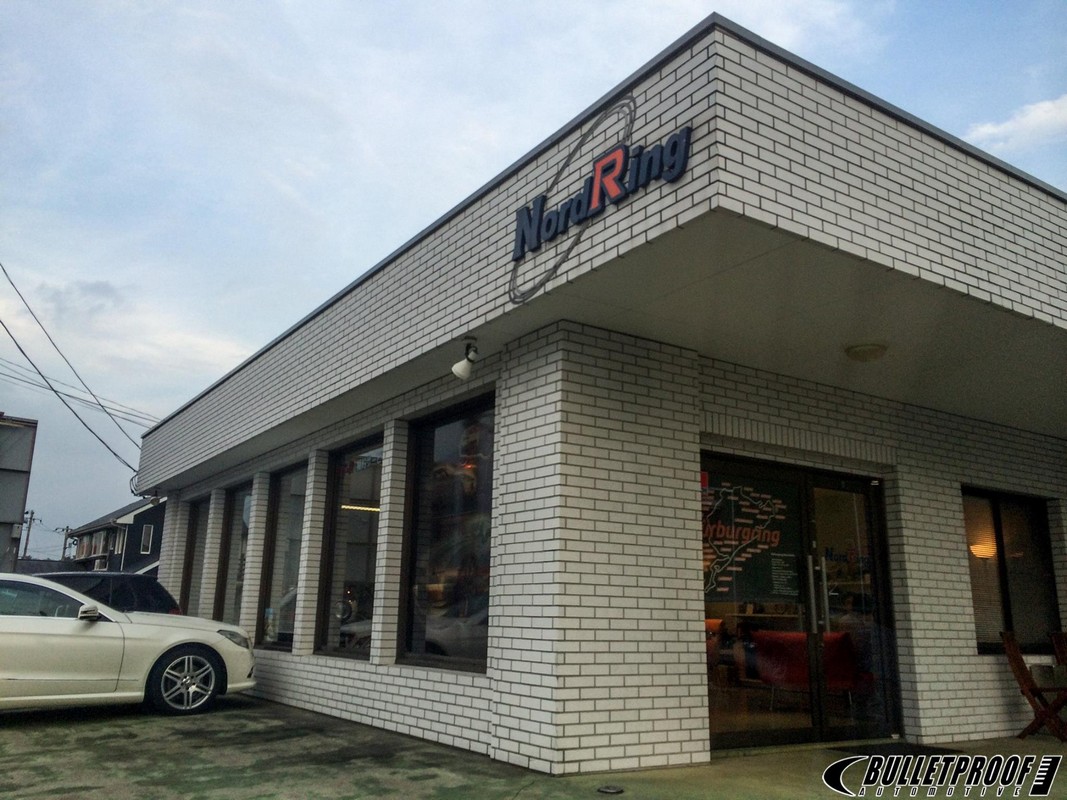 This is going to be the first of perhaps many of our behind the scenes posts of Japan’s tuning shops (hopefully you enjoy them). Over the past 16 years one of our greatest joys has been playing an early role in introducing Japan’s tuning shops to the world. After nearly 100 trips to Japan over those years, and all these years sharing this crazy passion we have for GT-Rs I’ve gotten to know many of the shops closely and I’ve come across some great stories and background which fellow GT-R owners might enjoy. With internet content typically operating in bite-size pieces, here’s a bit more than usual. I hope it humanizes and makes some of these legendary shops understood and appreciated in new ways. Many of these shops have an “oversized” image but are often under 10 employees and are built around the same passion that unites us here in the community.

I’ll start with Nordring and if you guys like where I take this, I have a lot of original content, stories and history with dozens of other small shops ranging from MCR to JUN to HKS Technical factory to Varis to Top Secret. Each one deserves its own spotlight but I’ll start here with a small shop run by Toshio Suzuki.
Suzuki-san, prior to opening Nordring, was at first a Formula 1 driver and then later was Nissan’s test driver and was responsible for the initial R35 iconic lap time at the Nurburgring that put the GT-R on the global stage and put all supercars on notice. His role was primarily to provide feedback to Mizuno san who at that time was head of the R35 GT-R program and prior was responsible for the R34 GT-R. Shown in the photos here is the original R35 GT-R test mule packaged into a CPV35 Skyline Coupe. That original test car resides at Nordring’s office and represents some of Suzuki-san’s iconic history at Nissan shaping the GT-R and his close ties to his colleague Mizuno-san.

Suzuki-san’s talents as a race car driver, test driver and chassis/suspension expert are unquestioned. As his age increased, he retired from racing and opened up Nordring which is named after the famous race track that he conquered time and time again in Germany. Knickknacks from the Nurburgring are all over his office, even the coffee set we drank from is Nurburgring branded.

Nordring’s start coincides during Suzuki-san’s friend Mizuno-san’s rule over the GT-R world. For those of us in the GT-R community that were involved when the R35 first came out, Mizuno-san and Nissan had a FIRM stance on not modifying the car. You could feel it when reading the manual and seeing a do not modify cartoon image, and you could equally feel it during the times I was at Fuji Speedway during the early R35 era Nismo Festivals when there was a ban on all modified R35 GT-R’s on display at the event. Unlike overseas, Nissan dealers in Japan are under tighter corporate control and there was a culture of fear that if you modified your GT-R Nissan would blacklist you. There was however a single company that Nissan recognized under warranty and at Nismo Festival, that company was Nordring and Nordring alone.

For all of the time and support Suzuki-san had given to Nissan, Nissan in turn supported Suzuki-san and trusted him with his upgrades for the GT-R under Nissan warranty and with dealer install. During these early years of Nordring, even despite our relationship with them, I had trouble ordering the parts directly for overseas GT-R clients who depended on our company to bridge the cultural and physical divide. For months and then years, Nordring would politely tell me to check back later since they were waiting on Nissan’s approval to sell overseas. Since Nissan had a hand in Nordring’s parts sales, the corporate giant also had a hand on distribution and had to personally approve any overseas sales route. During that time, getting Nordring parts was tricky and although we had our ways, it was not until Nissan loosened corporate dominance over Japanese tuning that Nordring could operate more freely without Nissan’s hand. Nissan’s corporate position about the aftermarket, warranties, and tuning in Japan changed when Tamura san replaced Mizuno san for the GT-R program by the way. This is a whole different story in itself, and a great one…but for another time. Anyway, in our opinion, Nordring did not need Nissan’s support to restrict the competition and in fact Nordring will always hold a number of key advantages, mostly due to Suzuki-san’s brilliance at circuit setup and knowledge.

The Nordring brand and what it means currently in Japan:
Nordring is a small shop, that when you visit feels more like a hobby of a pro driver where he and his buddies can meet. The clients that visit are fiercely loyal and are almost always there for one defining thing – Suzuki-san’s expertise in setting up their car to handle amazing on the street and circuit. Suzuki-san was the trusted source for Mizuno and his team with the R35 and he carries that torch with a personal touch for his local clientele who love going to the circuit. Suzuki-san’s suspension of choice is the same as used on Mizuno-san’s R34 GT-R Z-Tune project and on Nismo’s Super GT cars, a high end coilover produced in limited supply by Japan’s Sachs Motorsports division. Although this suspension is favored by Suzuki-san and his clients, after Mizuno san left Nissan the later special Nismo projects moved from the special Sachs units to Ohlins dampers. Debate still rages on in Japan by purists over which rules supreme but Nordring clients go crazy for the Sachs, one story even has an N-Attack user removing his N-Attack special Ohlins to switch to the special Sachs 3 way coilovers. Aside from coilovers, Suzuki-san has been favoring Drexler differentials and has been utilizing the suspension and differentials along with his special alignment settings for many of the top drivers and GT-R owners in Japan. One theme with Suzuki-san is that he doesn’t compromise, everything is the best, price be dammed. Another theme is that his focus is on balanced tuning and vehicle dynamics, not simply on big power.

An interesting note is how Nordring is perceived inside Japan versus outside. Outside Japan, the secret sauce of Suzuki-san personally setting up a car with those special dampers and diffs is not really a possibility since he’s the one doing the work locally. An entirely different Nordring exists outside of Japan, one that involves their dry carbon parts. The story goes at that the owner of Challenge is a GT-R enthusiast and he developed a few GT-R parts for fun but had no outlet to sell them. Challenge as you probably know, makes the rear diffuser for all R35’s and makes the Nismo GT-R body panels, amongst other things. In fact, their big business is making Shinkansen/Bullet Train nose cones and a variety of other more lucrative projects. The aftermarket is not their focus (although I’ve personally been a user of Challenge made dry carbon parts since 2004 on our S2000 and they do dabble in aftermarket projects time to time). Anyway, Challenge has bigger tasks than to market a lineup of aftermarket GT-R parts and they found a partner in Suzuki-san to introduce these items through Nordring. Since Suzuki-san is an expert at suspensions, this was clearly no conflict of interest and in-fact rounded out the Nordring lineup well. For those Nordring clients overseas, odds are your Nordring experience is with the Challenge made Nordring dry carbon parts which are as expensive as they are beautifully constructed.

Going into the future, it is hard to say where Nordring is headed. I get the feeling from Suzuki-san and the shared friends we have that he is perfectly content going to the race track, hanging out with GT-R owners and setting up cars. It feels as much hobby as it does business and there is no urgency to grow big. He has already left his mark and now he seems to be enjoying himself. The international clientele can now freely get Nordring parts through Bulletproof (shameless plug) and through other authorized dealers, and although there does not seem to be many new parts on the horizon, the current parts are all timeless and well thought out.
We’ll share more photos and be happy to chat more on this. We certainly don’t know everything, but this is a rough and unofficial history from our experiences being a Nordring dealer and friend since the origin of the brand.